Skip to Main Content
It looks like you're using Internet Explorer 11 or older. This website works best with modern browsers such as the latest versions of Chrome, Firefox, Safari, and Edge. If you continue with this browser, you may see unexpected results.

The mural decorates the facade of the Karl E. Mundt Library. 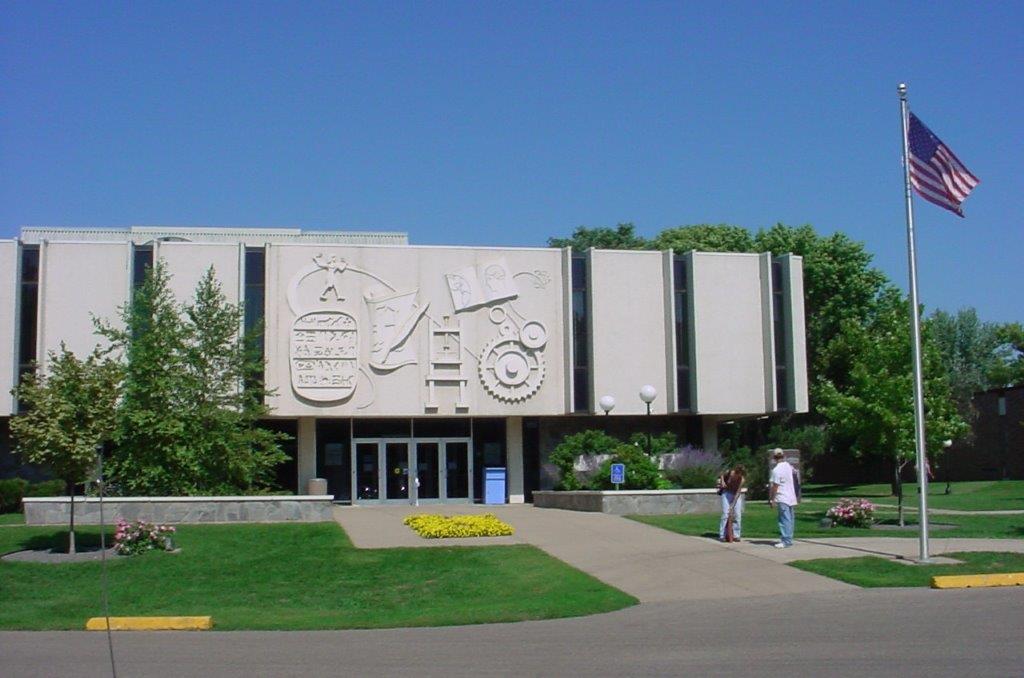 The mural was based on an original sketch by Joel Hayden Salter, an art instructor at Dakota State from 1965 to 1967. The design was simplified for casting by architect Ralph A. Koch who cut a mold to match the design in foam plastic. The mold was coated with plaster and filled with concrete to a depth of seven inches. A Wyoming white aggregate, white silica, and white cement were used. Three months of work and curing were required. The four sections were hauled to the library where steel inserts in the panels were welded to the building. The mural, which was cast in concrete with a core of insulation by Gage Brothers Concrete (Sioux Falls, SD), weighs 26,000 pounds.